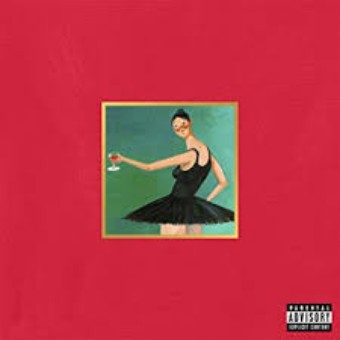 An album's album, not only with the scope of the music on this record, but the packaging is superb and worthy of any era of record packaging. Multi-gatefold 3 record set on premium vinyl that includes artwork inserts worthy of being framed. It also includes a collectors poster. It practically looks like a box set. A masterpiece of any genre it was first released in 2010 and clocking in at 68 minutes it is an epic in the true sense of the word. MBDTF explores several topics and themes, including race, celebrity, consumer culture, and the prospects of the runaway American Dream. It debuted at number one and is often quickly picked up when we have it in stock.