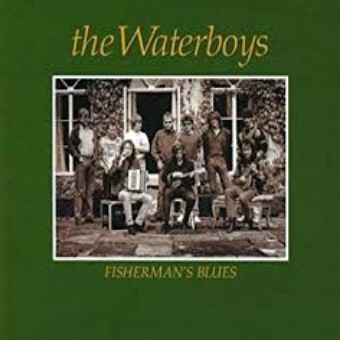 Fisherman's Blues by The Waterboys

A tasty reissue of The Waterboy's iconic 1988 release, Fisherman's Blues. It's still one of their most commercial successful records and a record where they left some of their big rock sounds behind for a little more of a traditional Irish sound. Includes We Will Not Be Lovers, World Party, Has Anybody Here Seen Hank? When Ye Go Away, and a cover of Van Morrison's Sweet Thing which segues into The Beatles Blackbird. The title track Fisherman's Blues is no stranger to pop culture as it was featured in the films Good Will Hunting, Walking Ned Devine, and Dream With Fishes. Actress Emilia Clarke also sang it in the film Dom Hemingway. Find this song for song reissue of the original album on our New Releases/Reissues rack.