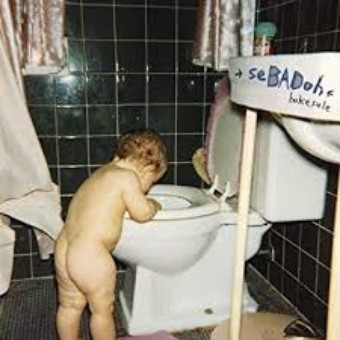 File Under: One of the best bands you've never heard of, unless of course, you have heard of them! Originally released in 1994, this is the reissue of Bakesale on Seattle's Sub Pop label. Have you been to the Sub Pop gift shop in the Seattle airport? Yeah, they have a gift shop! Buy records! Buy merch! Pioneers of the sound that became known as lo-fi or DIY this set includes License to Confuse, Careful, Got It, Give Up, Skull, and others. Recorded and mixed at Fort Apache studios the album cover is a photo of singer Lou Barlow himself as a one year old, taken by his mother.