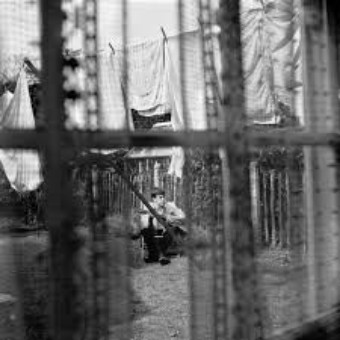 Chaos and Creation in the Backyard by Paul McCartney

One of Paul McCartney's better later day releases is Chaos and Creation in the Backyard. This is the 2018 reissue of this 2005 release. We gather originals are in very short supply, if they were even pressed to play on vinyl at all. That was still very much the CD era. Produced by Nigel Goodrich (of Beck and Radiohead producing fame) this set includes Fine Line, Jenny Wren, This Never Happened Before, and other quintessential McCartney tracks. Like McCartney and McCartney II before, Paul plays nearly all the instruments on this record. Cover photo was taken in 1962 by Paul's brother Mike in their backyard.