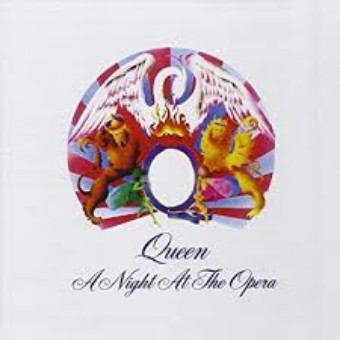 A Night at the Opera by Queen

Which Queen record has the song Bohemian Rhapsody? It's this one! The one that put them on the map that includes the song that made the band household names a couple more times. One, with that scene in Wayne's World and more recently from the bio-pic by the same name. The fourth album by Queen, this one, like previous records, was produced by Roy Thomas Baker. In 2003 Rolling Stone magazine ranked ANatO as the 231st Greatest Record of all time in their list of Top 500 records of all time. A note on the album itself, this is the recent remaster and reissue. We do get preowned used records of Queen from time to time, but they sell almost as fast as we get them. Check the "Q" section of records when shopping in our brick n mortar.