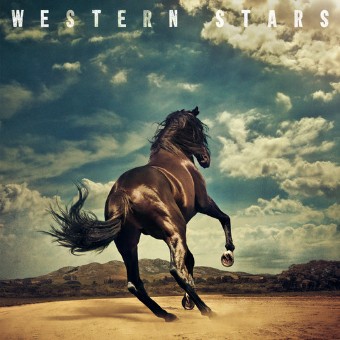 A slight change of pace for Bruce Springsteen in 2019 with Western Stars. It's not the big rock show record nor is it as bleak as Nebraska. It has elements of those records, plus a little Seeger Sessions sound. It's a well-produced record that harkens back to some of those early 70's country records, in the best possible way. Included in this record is Hitch Hikin', Western Stars, Tuscon Train, Moonlight Motel, Chasing Wild Horses, and others. While this record is not recorded with the E Street Band, it does include guests from David Sancious, Charlie Giordano, Jon Brion and Soozie Tyrell. This is a 2-record set, gatefold, lyrics, and includes a digital download. And if that's not enough, the back cover has Bruce in front of a rad Dodge Mopar while wearing a cowboy hat.