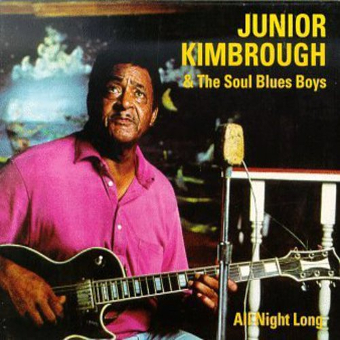 All Night Long by Junior Kimbrough and the Soul Blues Boys

Brilliant modern(ish) blues release by Junior Kimbrough where he checks all the blues boxes. Performing on this record is Kimbrough, Garry Burnside (R.L. Burnside's son), and Kenny Malone (Junior's son). Includes Slow Lightning, Meet Me In the City, Do the Romp, and others. This record's original release date was in 1992. Extensive liner notes by Robert Palmer. Produced by Palmer.