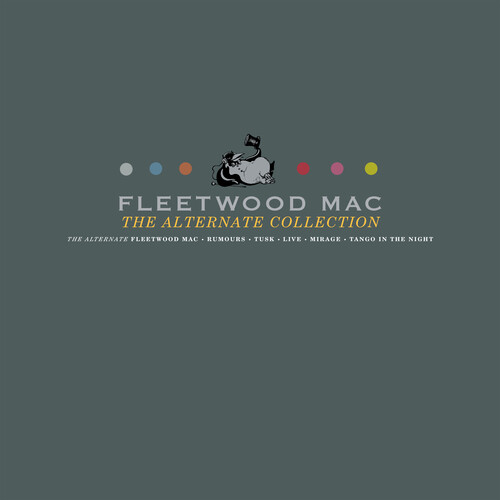 This is an absolutely stunning collection of songs from one of the more iconic bands in all of pop music. It's a SIX album box set of alternate versions of Fleetwood Mac songs from each album from the self-titled "Fleetwood Mac" all the way to "Tango In the Night". It's that sweet spot of the hitmaking era of the band. With this collection hear alternate versions of Tusk, Go Your Own Way, Everywhere, Sara, Say You Love Me, Dreams, I Don't Want to Know, and any song of this era. Then the two disc live album has completely different live versions! The album art has alternate photos as well. What.

Yeah, the price is steep, but this is the suggested MSRP. Let's think about this...it's 6 albums on 8 records (Tusk is a double album too), so when you divide the total price by 8 LPs it works out to be a reasonable $21 per record. A very fair price for a single new record. A Record Store Day release, it's pressed in limited supplies so once they are gone, they're gone. Poof.