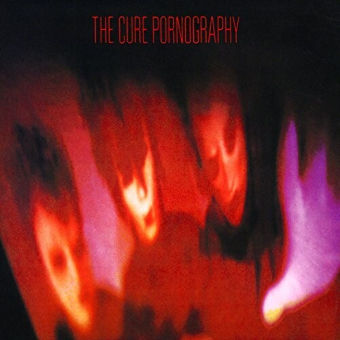 Pornography by The Cure

Pretty good capsule of this record from the one-stop we order it from: "The Cure's landmark fourth studio album, originally released in 1982, has now been remastered by Robert Smith & pressed on heavyweight 180-gram black vinyl. The album was the band's first with producer Phil Thornalley, and was recorded at RAK Studios from January to April 1982. The sessions saw the group on the brink of collapse, with heavy drug use, band in-fighting and group leader Robert Smith's depression fuelling the album's musical and lyrical content. The album features the single 'The Hanging Garden'."