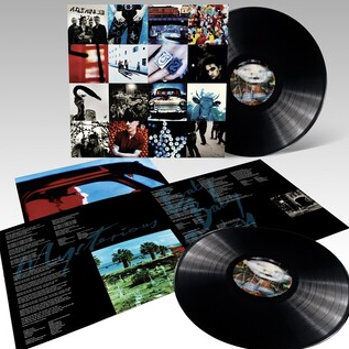 Achtung Baby by U2

A limited-edition Indie Record Store deluxe black vinyl release of the Grammy-award winning U2 album Achtung Baby, to celebrate it's 30th Anniversary. - Produced by Daniel Lanois and Brian Eno, and recorded between Berlin's Hansa Studios and various locations in Dublin, Achtung Baby was released to critical acclaim in 1991 & is regarded as one of U2's most seminal albums. The album featured five singles: 'The Fly', 'Mysterious Ways', 'One', 'Even Better Than The Real Thing' and 'Who's Gonna Ride Your Wild Horses'.