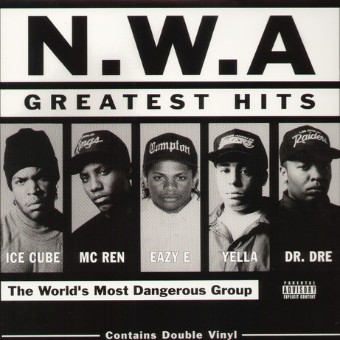 "The World's Most Dangerous Group". One of the most influential hip hop combos of all time! This set includes Gangsta Gansta, If It Ain't Ruff, Hello, Fuck Tha Police, Cash Money, and others. Extensive liner notes by Cheo Hodari Coker. From the liner notes is this quote from Jonathan Gold of LA Weekly, "Hard rap, like punk, brought together a self-selected community of kids by becoming an image of what their parents feared most." N.W.A. is Ice Cube, MC Ren, Eazy E, Yella, and Dr. Dre. A two record set.