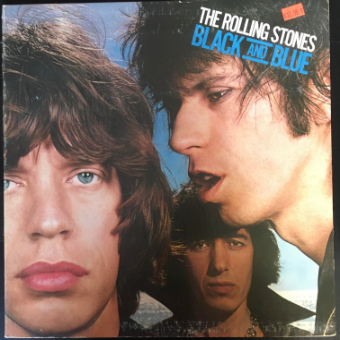 Black and Blue by Rolling Stones

The 1976 release from the Rolling Stones. A gatefold release and if you open it you'll get to see the Stones playing with Sparklers on the beach! Wut. Includes Hot Stuff, Memory Motel, Melody, Fool to Cry, and others. It's the first album with the new guy, Ron Wood, after Mick Taylor left the band. I think Mick and Keith still refer to Ronnie as the "new guy" even after over 40 years. They make him haul in all the gear too. Bastards. A preplayed record in our inventory, it has some natural wear on the jacket and the record itself plays great with minimal surface noise.