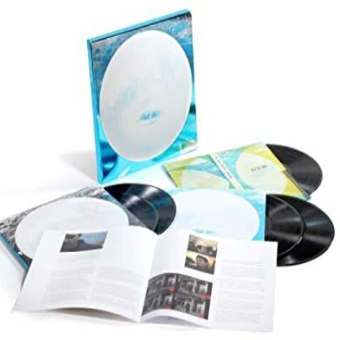 Elaborate five (5!!) record box set of Wilco's stellar 1999 release of "Summerteeth". Includes a remaster of the entire original release and also includes 24 previously unreleased tracks of outtakes and demos, which feature I'm Always In Love, Notherinsevergiongtostandinmywayagain, My Darling, In A Future Age (take 3), She's A Jar, and others over two 180 gram records. There's also a live performance of their record release show at Tower Records on Clark St in Chicago, which was a live broadcast by WXRT as it happened. Perhaps you taped it to cassette at the time. Someone here at this shop did!  Finally, it also includes an essay by MOJO editor John Mulvey drawn from conversations with Jeff Tweedy and John Stirrat.