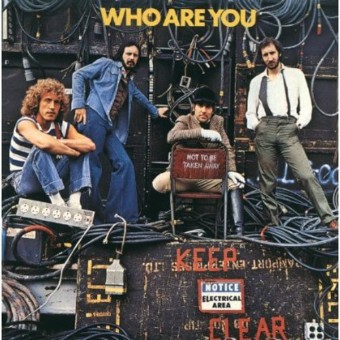 Who Are You by The Who

"Who Are You", the 1978 album from Brit legends, The Who. It was also the last record with Keith Moon on it. You probably have heard this, but he's sitting on a chair that says "Not To Be Taken Away". Wut!?! Features Sister Disco, Had Enough, New Song, Who Are You, and some other songs. Didn't know this... this was only their 8th studio album. Not making an indictment, by any means, but by 1978 it seemed they had more records by then.