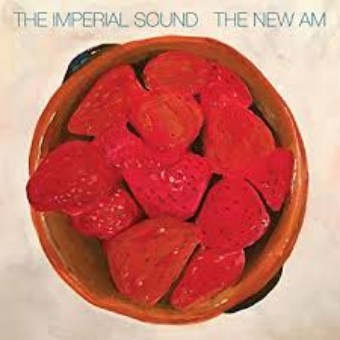 One of our favorite releases from 2018, "The New A.M." by veteran Chicago musicians The Imperial Sound. Released on the Pravda Record label (one of the older indie labels in the country and has been in operation since 1984) this record features a series of swinging pop and rock songs, fully equipped with horns and hand claps. Vocals are handled by Rick Mosher but they've enlisted a couple A-List guests to help on a couple songs that include Kelly Hogan, Nora O'Connor, Robert Cornelius, and Peter Himmelman. Includes Yesterday, Daylight, Tracing the Lines, Ain't Crawling Back, A Man Like You, and others. On a sidenote, to help promote the record upon its release in the fall of 2018, Imperial Sound played a show here at Rediscover Records, complete with the horn section. What a thrill this was because we were excited about the new material, as well as, we were fans of a couple of previous bands Rick and Kenn Goodman were in, The Service and New Duncan Imperials.