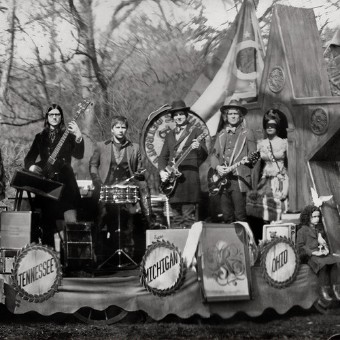 Consolers of the Lonely by Raconteurs

What was once a "white whale" for many record collectors can now be had without maddening searches of early pressings. They've finally repressed Raconteurs Consolors of the Lonely. A 3-panel gatefold and elaborate two record set. It's their second release and if you are looking at it from Jack White's oeurve, it's one of his best. Includes Salute Your Salutions, Caroline Drama, Old Enough, The Switch and the Spur, Five on Five, and others. The Raconteurs are: Patrick Keeler, Brendan Benson, Jack White, Jack Lawrence. We can talk Jack White all you want, but it's really Benson with the secret "X-Factor" that really makes this record pop, as in standout, but "pop" as in "Pop Music" works too. We order these directly from Third Man Records, so idk, that's kinda cool, right?