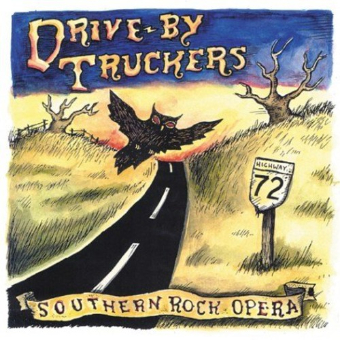 This 2001 release from the Drive By Truckers ranks as one of the best albums of the year, if not the decade. Modern day southern rock that really caught on with a very strong word of mouth buzz. A conceptual record of an amalgam of topics that include southern rock, Skynyrd, Neil Young, segregation, stereos, road cases, and Gov. George Wallace. This is a two disc set (Act I and Act II) and if you have it on CD, digital or have streamed it, we think you need a vinyl copy as well. The album artwork was done by Wes Freed. The entire record is great, there's no filler at all, a shop favorite.