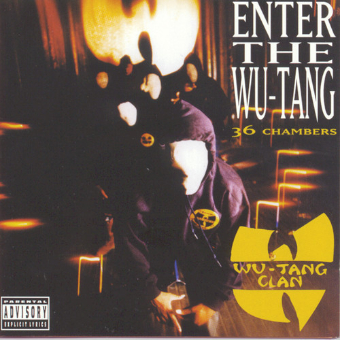 Now me - being a white, suburban-class, pimply teenager - would normally write off a large group of hip hopperz, or gangsta thugz, as being pretty unintelligent and... Well... Stupid (C'mon! I wear thick-framed glasses, khakis, and listen to Wilco!) Then a person like Robert Diggs (aka RZA) comes around and blows every notion I had ever had about Hip Hop out of the water. This guy - pretty much known as a thug from brooklyn - wrote, arranged, produced, mixed, and arranged nearly this whole masterpiece of a record. The story behind the title itself is pretty amazing (Wikipedia it, if haven't heard). This record changed the way I listen to music, and taught me a lot about that whole 'never judge a record by its sleeve' thing... Well... Everything except Barbra Streisand...   -John Perrin, Elgin, IL (John is currently the drummer for the incomparable NRBQ and an in-demand session musician)