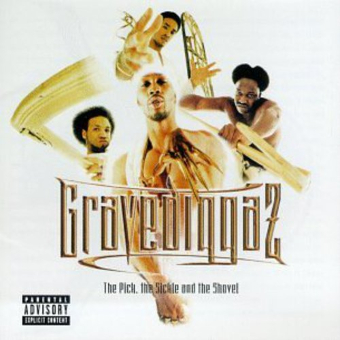 The Pick, the Sickle &amp; the Shovel by Gravediggaz

Record Store Day Exclusive release from Gravediggaz! Not available on vinyl other than this pressing. It has not been reissued! Tracks include Da Bomb, Twelve Jewelz, The Night the Earth Cried, Hidden Emotions, Unexplained, and others. Pressed to two 180 gram colored slabs of vinyl. Originally released in 1997 this record's production was led by RZA and his Wu Elements production team.